HIPPY BUDDY was started by TONY PATRICK in 2007 after backpacking around INDIA. He came back to Birmingham, where he started making and selling his Tie-Dye Tee-Shirts in The Oasis Store.

HIPPY BUDDY has grown from there, and is full of Fair Trade Hippy Clothing, Home Furnishings and gifts. 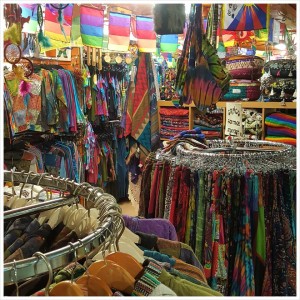 HIPPY BUDDY is based on Level 3 of The Oasis Store, which has a history of over 40 years selling Alternative Clothing in Birmingham. HIPPY BUDDY is committed to The FAIR TRADE ethos.

We are the EXCLUSIVE stockist of GRINGO FAIR TRADE in the Midlands. GRINGO’S aim and Motto since 1988 has been to promote FAIR TRADE by helping workers in Developing Countries improve their lives with Pride through Trade.”FAIR PAY”, “NO CHILD LABOUR”.

Also exclusive to HIPPY BUDDY is NAMASTE FAIR TRADE, which have a huge, eclectic and inspirational range of Fair Trade Home Furnishings, Clothing and Gifts.

For the Guys we have LITTLE KATHMANDU, who design and Manufacture all in-house from their Factory in Nepal. Another Exclusive Brand to HIPPY BUDDY.

With these Major FAIR TRADE labels, and Tie-Dye Tee Shirts, HIPPY BUDDY is the best and only FAIR TRADE STORE in Birmingham for all HIPPIES AND HIPPY CHICKS. 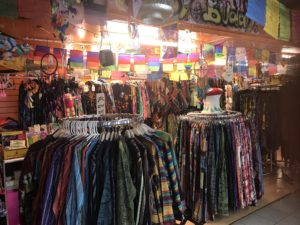 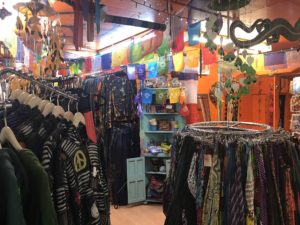